The number 27 play in our countdown to determine the best plays of Tennessee’s 2015 season is Josh Dobbs touchdown pass to Josh Smith against Alabama.

One of Josh Dobbs’ best throws of the season came on a play that resulted in the Vols’ first touchdown in their game against Alabama. The Vols ran an adaptation of a route concept called Smash. Traditionally, Smash is a route concept that calls for the outside receiver to run a hitch route, with the inside receiver running a corner route. 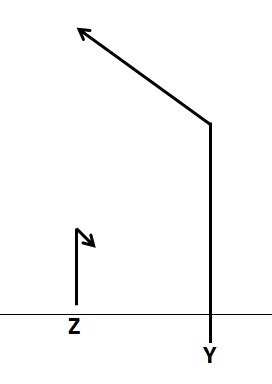 Butch Jones and Mike DeBord have an adaptation of the Smash concept that they will package with a quarterback sprint out. Basically, the Vols will have their two receivers exchange responsibilities. The outside receiver will angle inside, break downfield, and then cut outside on the corner route. The inside receiver will run a speed out. This gives the quarterback the very same high-low read on the cornerback. The two receivers just simply exchange responsibilities.

On this play, the Vols were facing a third-and-seven at the Alabama eleven yard line. Rather than have Dobbs drop back and throw into coverage on the goal line, DeBord decided to let him use his athleticism and get outside on the sprint out. Josh Smith lined up outside and ran the corner route, while Jauan Jennings lined up in the slot and ran the speed out.

Alabama was playing Quarters coverage. We have covered Quarters before in relation to Tennessee defensive coordinator Bob Shoop’s scheme, but here is a quick refresher.

“The corners will align about five to seven yards off the ball. The corners will lock on to the number one receiver (closest receiver to the sideline on each side of the field) on any vertical routes. As long as the number one receiver releases vertically, the corner will carry his route. Should the receiver release on an underneath route, the corner pass him off to a linebacker. The corner must move his eyes to the number two receiver (the second receiver from the sideline) and help the safety by bracketing any vertical route.

“The two outside linebackers are responsible for covering the flats in pure zone coverage. The inside linebacker will cover the hook zone over the middle. He must wall off any crossing routes. These underneath zones are where the defense is most vulnerable, but even that is by design. The defense aims to use the zone to keep everything in front and avoid giving up the big play.

“The reads of the defensive backs turn quarters into a coverage that is adaptable to any route concept. This is why quarters is so popular. It is not a static, spot-dropping zone, but rather a read-and-react coverage. It can be molded on the fly to defend any formation and any route concept an offense could conceivably run.”

However, Alabama’s corner Cyrus Jones made a mistake. He did exactly what Coach DeBord was hoping he would do. With the quick out route and the sprint out by Dobbs, Jones allowed his eyes to stay on Vols’ inside receiver Jauan Jennings. Jones would’ve been in a great position to jump the out route, and the sprint out made him think that Dobbs might throw it quick to Jennings.

Instead, Jones’ hesitation allowed Smith to get open behind him on the corner route. The safety was defending outside, so when Smith broke outside he was out of position. Jones’ hesitation enabled Dobbs  to fit the ball right in between the two defenders. Smith caught the perfect strike to give the Vols their first touchdown of the game. This was one of Dobbs best throws of the year; he placed the ball right on the money while on the run, and Smith rewarded him with the touchdown.

Thanks for reading, and be sure to check back later this week to see what play will come in at number 26 in our countdown. Be sure to also like Football Concepts on Facebook here.